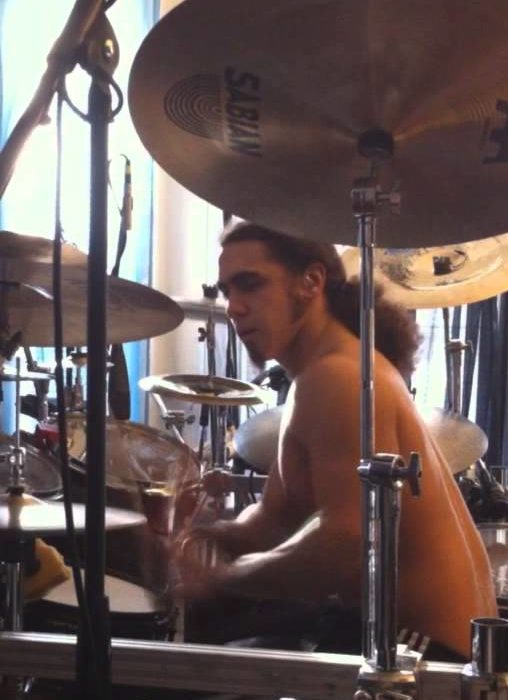 Pearl artist, Bassil Silver, drummer for the World’s greatest video game/TV theme-song-remix-metal-band- Powerglove, recently released some new in-studio footage from the band’s current recording session. The video, which can be found below, shows Bassil recording Powerglove’s version of the track “Storm Eagle”, which was featured in the Megaman video game series.

Megaman? Video games? TV show theme songs? Well, for those unfamiliar with Powerglove, prepare to spend the rest of the day scouring YouTube.

Hosting one of the most entertaining live concert experiences today, Powerglove not only provides you with the visual entertainment of their epic, superhero-like costumes and ridiculously amazing stage props, but they are also guaranteed to launch a metal-infused trip down memory lane with their metal versions of your favorite TV and video game theme songs. Otherwise known as “TVGame Metal”, Powerglove is known for their takes on songs from Tetris, Mighty Morphin Power Rangers, Mortal Combat, Pokemon, and many more, with their truly incredible mix of basically-everything-awesome-ever has landed them on massive tours supporting some of today’s biggest metal acts.

Now that you’re caught up, let’s get back to Bassil Silver. Slamming away on his Vision Series (VB) drums in Powerglove’s current studio session, Bassil shows off his intricate footwork and tom-filled drum rolls throughout “Storm Eagle”, perfectly tracking this newly-approached cover with a masterful flair. In the studio, and as he does live, Bassil turned to his gigantic Vision Series VB drum set complete with 4 rack toms, 2 floor toms, and topped off with a 14×5 Ultracast snare drum and Demon Drive double pedals. Bassil’s full specs are as follow: