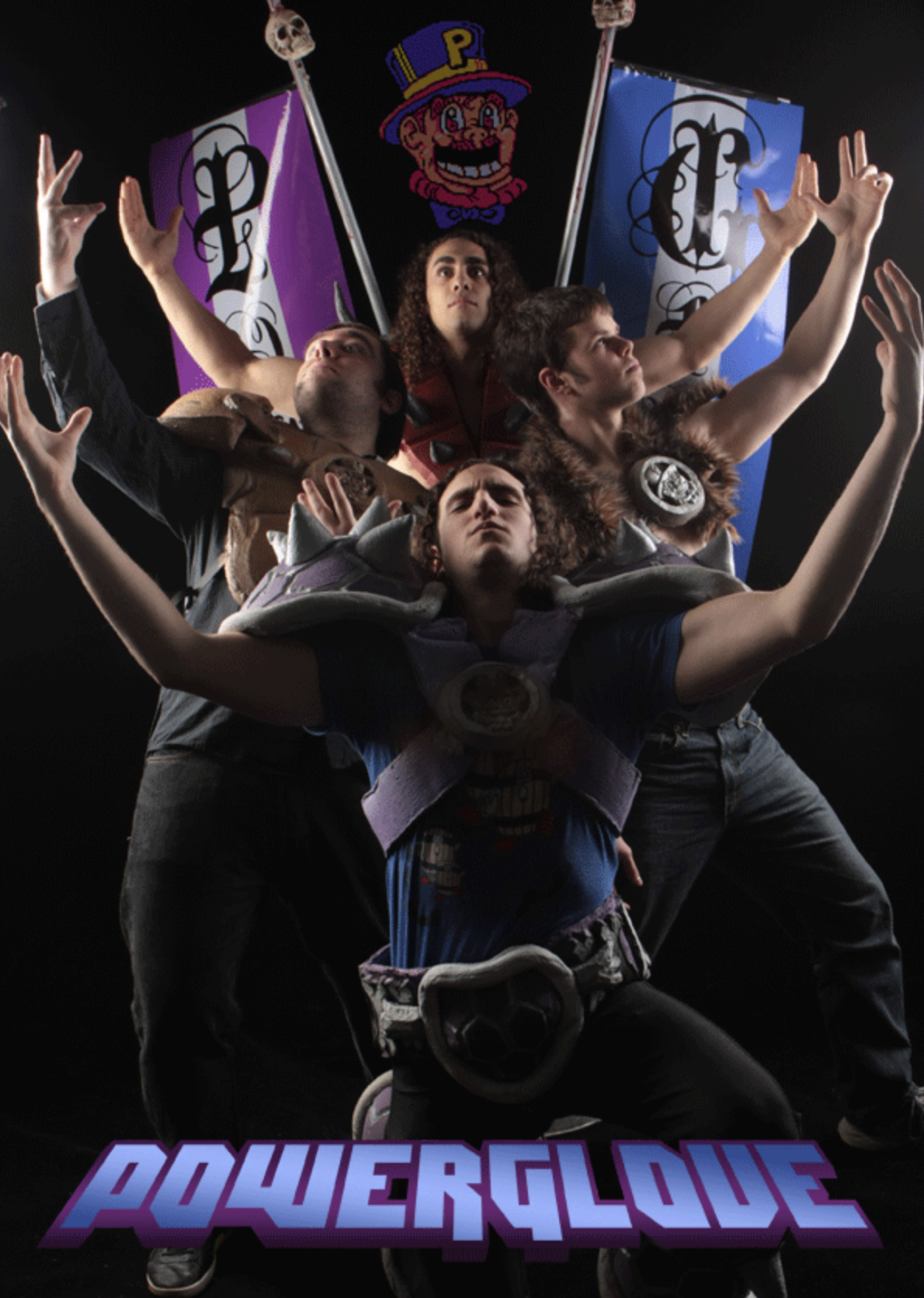 Arlington, Massachusetts-based instrumental “video game metal” outfit POWERGLOVE — whose music is based off one video game or a series of video games — has scheduled the following “off-night ” headline dates during its upcoming tours with HAMMERFALL and SONATA ARCTICA:

Tickets are now on sale exclusively at EnterTheVault.com until December 12 at which point they will be made available through all normal ticketing outlets.

POWERGLOVE is named for the Power Glove, a NES controller accessory. To date, they have released one album, “Metal Kombat for the Mortal Man”, and one EP, “Total Pwnage”, both of which are on the iTunes Store. POWERGLOVE has also performed at various video game shows. The band is not signed to any record label, and does not record in a professional studio. Instead, they record their music in various locations and mix them in a home studio.