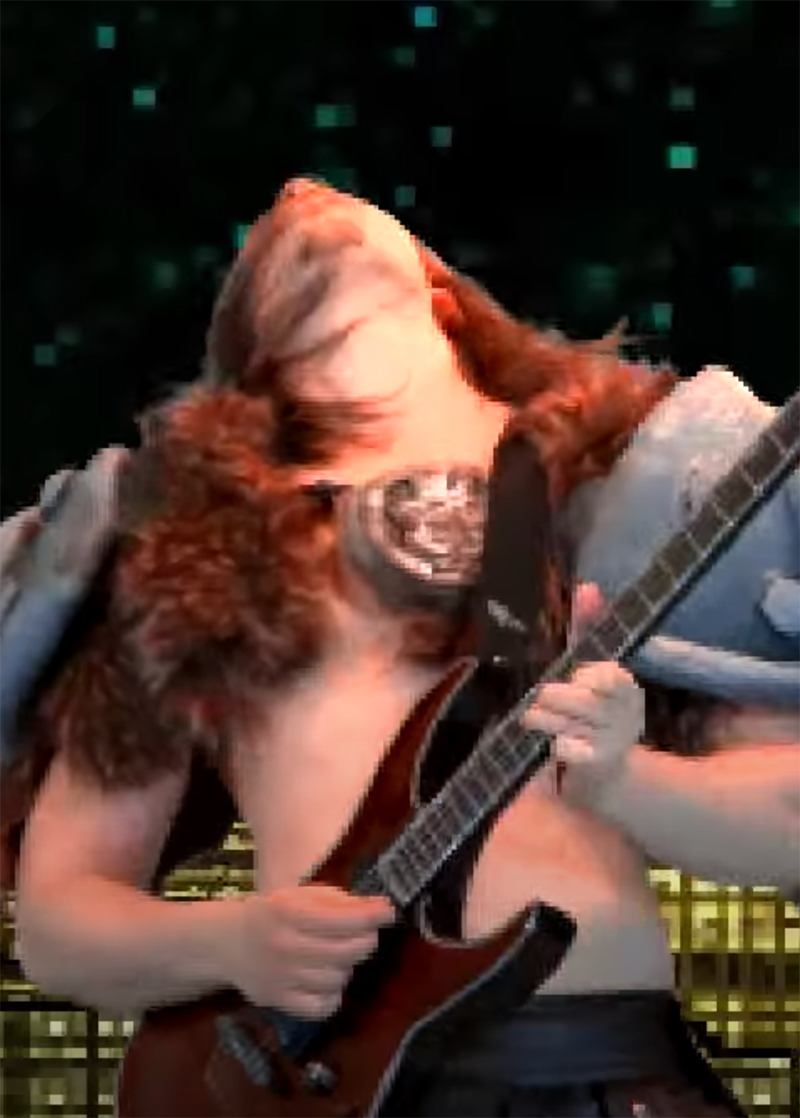 “Batman”, the new video from the international videogame metal act POWERGLOVE, can be seen below. The song comes off the band’s latest album, “Saturday Morning Apocalypse”, which came out last September via eOne Music. The CD features POWERGLOVE’s power metal renditions of ’80s cartoon themes.

Commented guitarist Chris Marchiel: “[Director] David Brodsky and I just finished our music video for ‘Batman’. In typical POWERGLOVE fashion, we did things a little differently. After shooting our green-screen performance footage, we captured tons of ‘sprite’ images of ourselves in the style of Mortal Kombat then processed those into full sets of 16-bit action moves. Then, instead of just animating those, I programmed several video game fight scenarios with the band as playable characters and recorded takes of me playing through the mini games. The result is a combination of green-screen performance in original 16-bit environments, traditional sprite-based animation and recorded gaming sequences and the end result is silly, unique and just plain fun.”

POWERGLOVE is composed of four battle-hardened rockers out of Boston: Alex Berkson, Bassil Silver-Hajo, Chris Marchiel, and Nick Avila. This band shreds metal renditions of everything from old-school 8-bit video game classics to contemporary blockbusters, all with a heavy metal attitude.