Skip to content
Powerglove to support Dragonforce in Portland 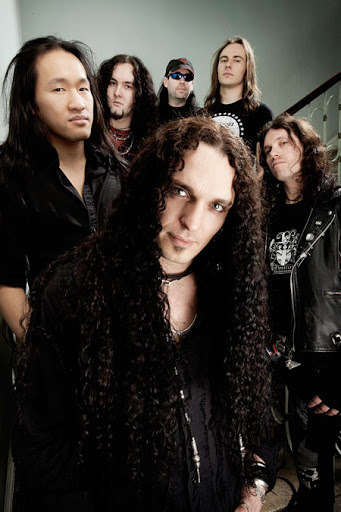 Arlington, Massachusetts-based instrumental “video game metal” outfit POWERGLOVE — whose music is based off one video game or a series of video games — received a personal invitation by DRAGONFORCE guitarist Herman Li to be the support act for Li’s band on July 5 at the Roseland Theater in Portland, Oregon. “Who would ever guess that DRAGONFORCE are into video games, eh?” POWERGLOVE said in a statement.

Advance tickets will be on general sale as from Saturday, March 16 at all Safeway/TicketsWest locations and Charge By Phone 503-224-TIXX and are priced at only $23.00. All ages are welcome. Doors are at 7.00pm.

POWERGLOVE is named for the Power Glove, a NES controller accessory. To date, they have released one album, “Metal Kombat for the Mortal Man”, and one EP, “Total Pwnage”, both of which are on the iTunes Store. POWERGLOVE has also performed at various video game shows. The band is not signed to any record label, and does not record in a professional studio. Instead, they record their music in various locations and mix them in a home studio.