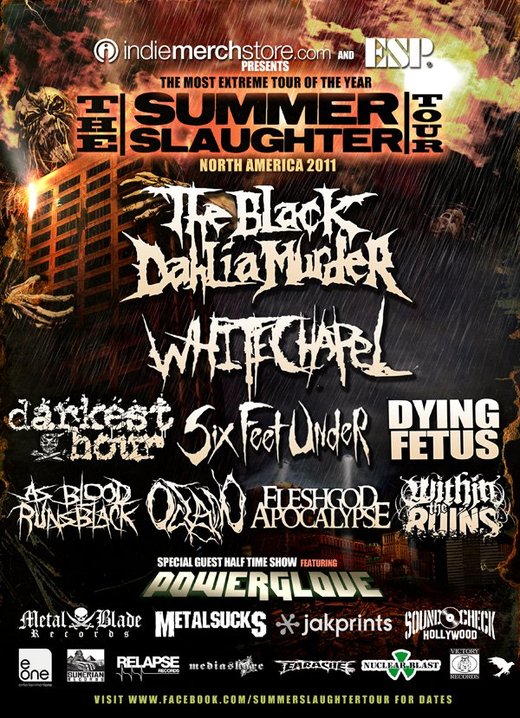 The Summer touring schedule is heating up. Just announced is the lineup for this year’s Summer Slaughter festival.

The Black Dahlia Murder, who headlined the second iteration of the fest a few years ago, will return to headline once again, and will no doubt be supporting a new record. Providing direct support will be Whitechapel, who just a few years ago were the opening back on the tour.

Rounding out the support will be Darkest Hour, Six Feet Under, Dying Fetus, As Blood Runs Black, Oceano, Fleshgod Apocalypse and a “special halftime show” by Powerglove.

The promoters of the tour are also asking the fans to vote for the opening band on the tour. Full tour dates are expected to be announced on 4/20.